Behind our portfolio of approximately 2 megawatts of installed solar energy is a team of Board Certified solar designers, installers, and technicians. We are passionate, highly trained, and experienced in renewable energy and the specific needs particular to the central Illinois climate. As an employee-owned cooperative, the New Prairie team works efficiently and effectively to ensure a positive experience for our solar customers. 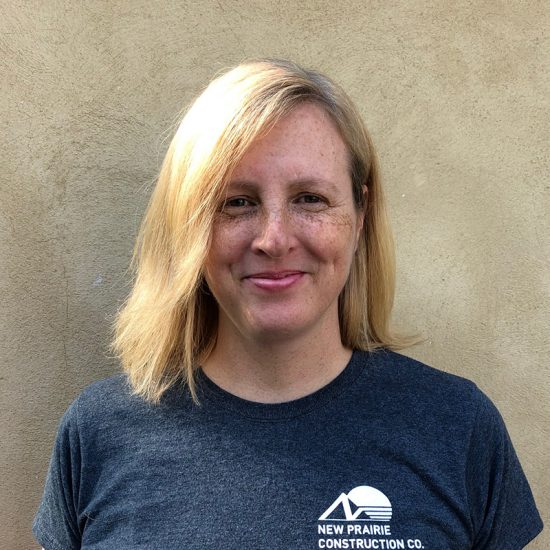 Jennifer’s love for building began early in life, when she realized she would rather construct miniature sets for her toys than role play with them. While earning her BFA in painting from the University of Illinois, she found herself gravitating towards 3-D installation art and subsequently fell in love with how materials, high quality craftsmanship and intention can powerfully transform a space.  When given the opportunity to learn carpentry in a women-owned construction company, Jennifer saw a unique chance to apply her education in a very tangible way, while learning an exciting and new set of skills.

Although primarily working as a Project Estimator now, she still enjoys designing spaces, helping friends with their construction projects and working on her own never-ending list of home improvements. Whenever possible, she spends time with family and friends, cycling, hiking, gardening, and just enjoying the present moment for what it is. 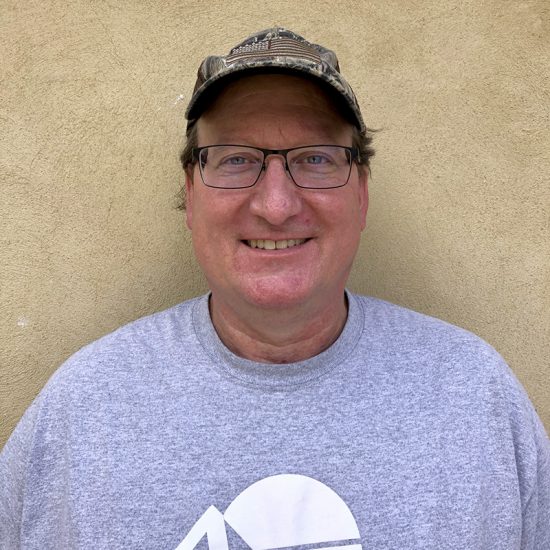 Mark has lived in the Champaign-Urbana area most of his life. Mark got his start in the construction field at the ripe old age of 12, when he started helping neighbors with their building projects, be it adding a garage or roofing their house.

He spent two years in the construction program at Parkland College before transferring to Bradley University, where he received a Bachelor’s of Science in Construction. Mark started working for New Prairie in 2007. He likes learning about new products and techniques in the construction industry. 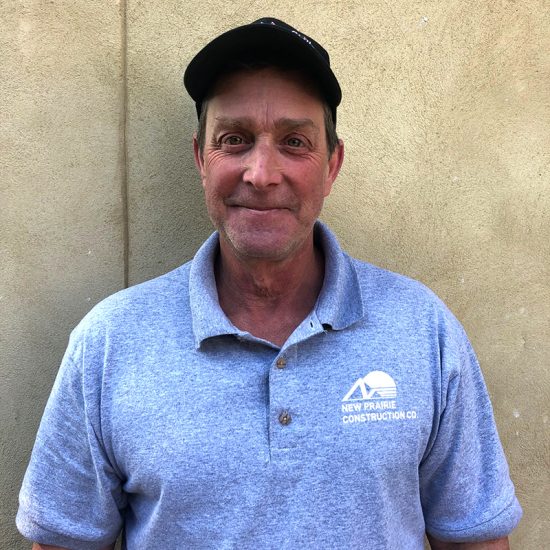 Erik holds an Associate’s degree from Parkland College in Construction Design and Management. He began working as a carpenter in 1992, building new homes and remodeling an 1870 Victorian. He also has training and experience in CAD drafting.

Erik began working for New Prairie in 2003. While working at New Prairie, he has broadened his carpentry skills to include straw bale building and timber framing. 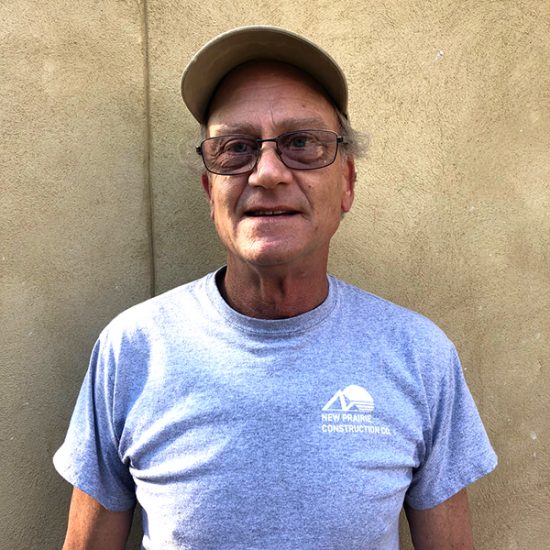 A native of New England, Barrie earned a Bachelor of Fine Arts from New York State College of Ceramics in 1981. In 1983 he came to C-U for his Master of Fine Arts in glass sculpture. He designed, built, and ran the glass department for editions in cast paper for Frank Gallo. During this time, he also started Glass Lake Studio, producing decorative and functional blown glass. For the past twenty years, he was been selling his work through art fairs, galleries, shows, and commissions, offering workshops and lessons, and winning numerous awards.

In March of 2010 he started working for New Prairie. As part of his continuing education, Barrie attended a timber-framing workshop in 2014. He enjoys learning new skills in building greener living spaces, and is very interested in self-sustainable energy resources and lifestyle. He also likes to spend time fishing, hiking, camping, gardening, making bread, and sculpting hand-blown glass. 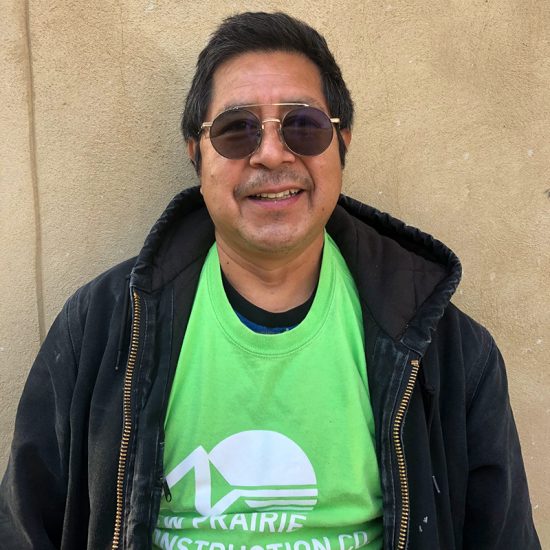 A native of Santa Eulalia Huehuetenango, Guatemala, Antonio grew up farming with his family. In 1988 he came to Champaign seeking a better life. He soon obtained work in the trades and has continued to work as a carpenter, doing both framing and finish work. In 2006 Antonio brought his experience and sense of humor to New Prairie.

As the father of four sons, Antonio finds his spare time to be at a premium. He enjoys playing basketball and has recently taken up jogging and bicycling so he can keep up with his youngest son. 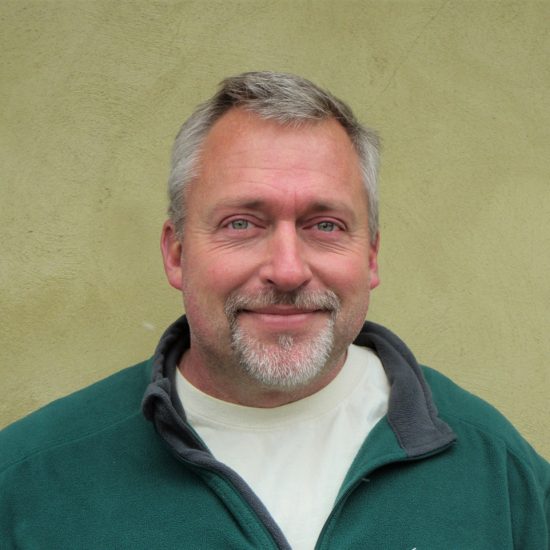 Brian’s background is deeply rooted in the agriculture industry. While working in the ag field, Brian became interested in renewable energy, beginning with the conversion of a non-invasive, perennial, sustainable grass into biofuel. As time progressed, Brian’s interest grew to include wind and solar, so much so that his interest evolved into a business installing and servicing residential wind turbines and solar arrays. Brian joined our solar team in 2019, and brings a wealth of knowledge and experience to the New Prairie Solar program.

In his down time, Brian also enjoys spending time with his family and in the outdoors. 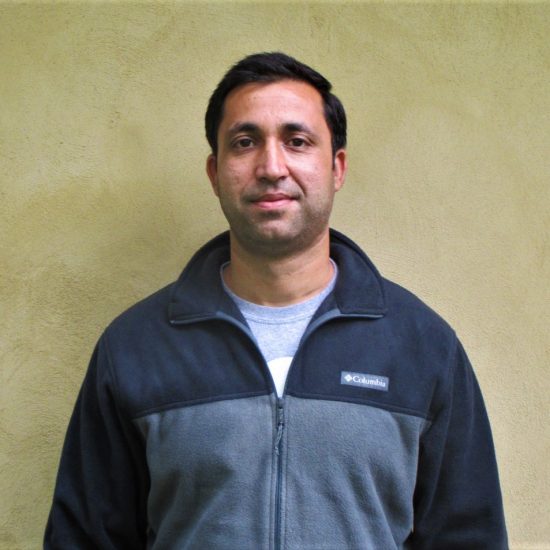 Waheed was born in Afghanistan and attended Kabul Polytechnics University. From 2008-2017 he worked for the U.S. Army Corps of Engineers in Kandahar, Afghanistan as a Quality Assurance Engineer for construction sites. During that time, he received extra training in Construction Quality Management and Safety.

Waheed came to the United States in July 2017 and began to work for New Prairie in October of 2017. He can speak Dari and Pashto as well as English fluently. In 2019 Waheed began to take classes at Parkland College in Construction Management. Waheed is a certified NABCEP Specialist and continues to further his education in the renewable energy field. 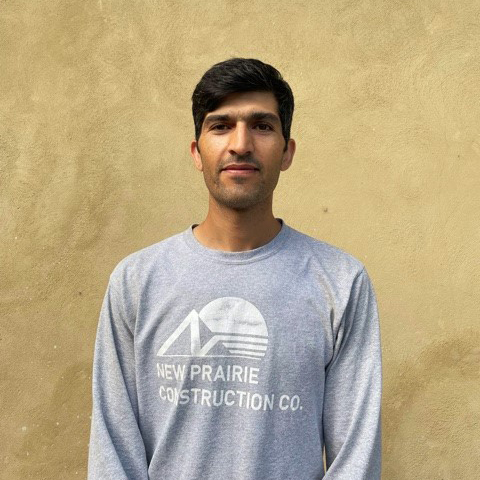 Mirwais was born in Afghanistan and attended Kabul Polytechnics and Bakhtar University. From 2014-2019 he worked for the Audit Division CSTC-A RSHQ in Kabul, Afghanistan as an auditor and cultural advisor.

Mirwais came to the United States in April 21, 2019 and began to work for New Prairie in August of 2019. He can speak Pashto and Dari as well as English fluently. Mirwais will be a certified NABCEP Associate and continue to further his education in the renewable energy field. 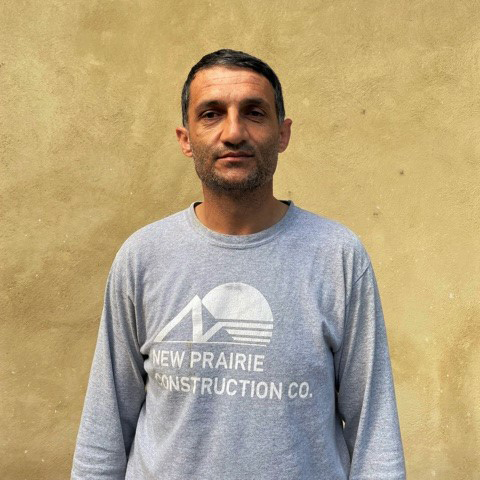 Born in Afghanistan, Enayatullah graduated from Kabul Polytechnic University in Survey and Road Construction. He came to the United State in January, 2019.

With 12 years of construction experience behind him, Enayatullah joined the New Prairie Solar Team in 2021. He speaks English, Dari and Pashto, and is OSHA 10 and OSHA 30 certified. Enayatullah will be a certified NABCEP Associate and continue to further his education in the renewable energy field. 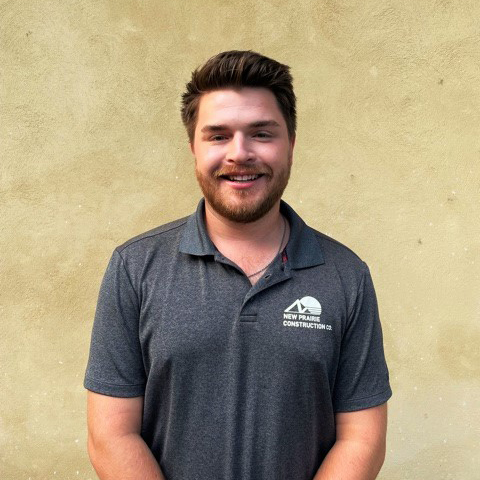 Nate grew up in a northern suburb of Cincinnati, Ohio. After graduating from The Ohio State University with a Bachelors of Science in Landscape Architecture, he relocated to Champaign in May of 2020. Nate worked as a landscape designer in Bloomington and Champaign for over a year. He became more interested in the intersection of sustainability and design, leading him to join the New Prairie Solar team in August of 2021. He hopes to learn more about green energy and how it can be applied through design practices.

Nate and his partner have two dogs, a corgi and a husky/lab mix, that occupy most of their free time. They enjoy hiking and visiting different parks in the area. Nate is also passionate about plants and photography.

Nate is a certified drone pilot and a certified NABCEP Associate and continues to further his education in the renewable energy field. 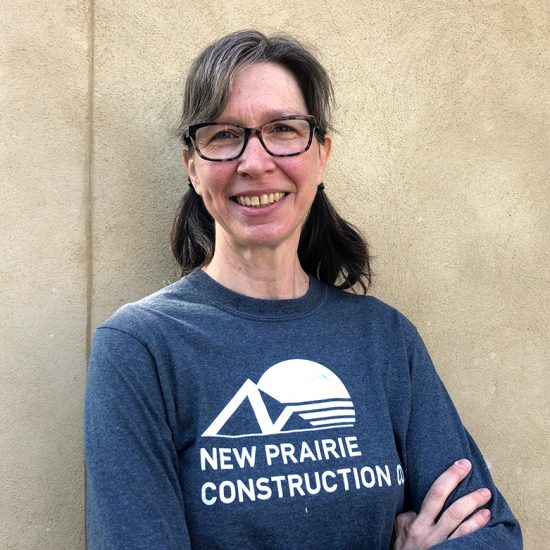 Laura was born in Paris, France, grew up in Hudson, Ohio, and lived in Pittsburgh, where she earned her BFA in Painting at Carnegie-Mellon University. She got her first taste of carpentry after college when she helped remodel a friend’s rowhouse in Pittsburgh. She later moved to Brooklyn, NY, where she was hired as a Scenic Artist, working on TV and movie sets. Her favorite jobs were The Royal Tenenbaums and Angels in America. She left the Scenic business to coordinate the build-out for the coffee shop she co-owned and ran in Peekskill, NY, and to eventually have a son. Laura and her son have lived in Champaign since 2012. In her spare time she travels, continues to do some decorative painting projects, and makes oil paintings and watercolors which she shows at a local gallery. 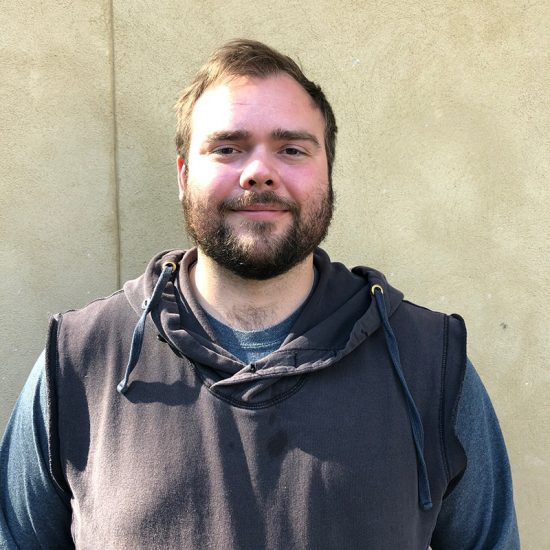 My name is Kieffer Tucker and I am an apprentice carpenter at New Prairie. I worked in the restaurant industry for ten years before making a career change to construction. Following a series of home remodel projects I did for myself I decided to seek out further education at Parkland college. There I was accepted into the HCCTP (highway construction careers training program) where I received a broad variety of training and certifications. After Graduating the HCCTP I did odd jobs for about a year before finding an opportunity to work for New Prairie. My time with New Prairie is both challenging and rewarding. I am very happy to be a part of a great team as I grow into becoming a carpenter. 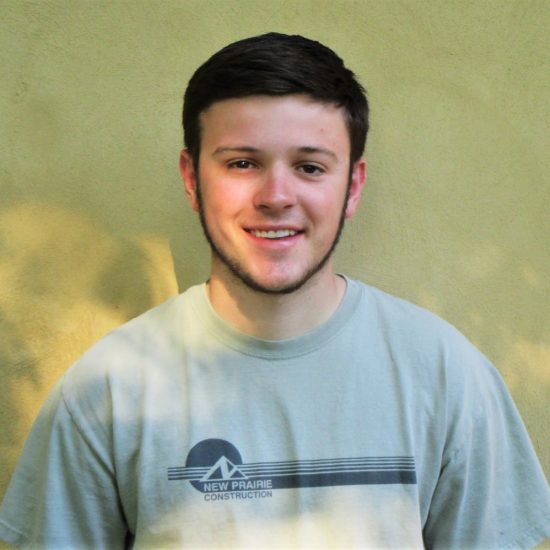 Logan was born and raised in Urbana, Illinois. He grew up around construction his whole life as his Dad and Grandpa were both developers and builders in Urbana. He has always had a natural interest in construction and really enjoys it. In his free time, he enjoys being outdoors, going fishing and hunting. He graduated from Urbana High School in 2018 and continued his education at Parkland College receiving his Associates in Construction Design and Management in 2020.

Averie was born on the West Coast, raised in the Midwest, and has lived on the East Coast before arriving in C-U. She jokes that she’s undecided where she is from, however, she thinks Champaign seems like a nice place to settle down and set roots. Averie went to college for welding, has an associates degree, and just really enjoys creating and building, regardless of the medium. She has a passion for learning and a hunger for new experiences, so has worked in multiple trades and was excited to join our team. In her free time, Averie enjoys reading, painting, and traveling. 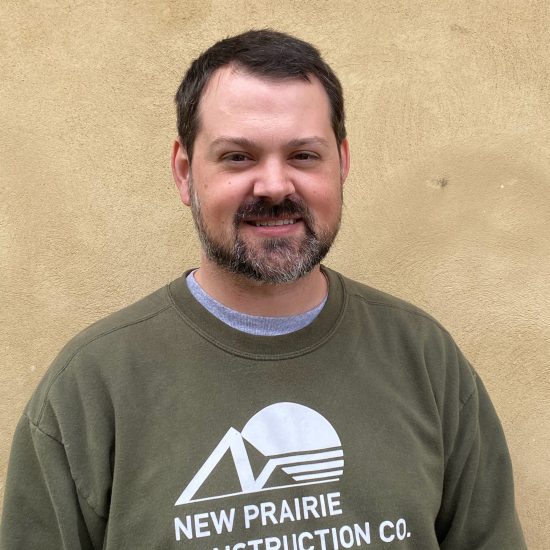 Karl grew up in Urbana, spending most of his time going around town enjoying all of the historic homes and buildings.  His father and grandfathers taught him woodworking skills while his mother taught him the skill of drafting and painting.  He eventually left Urbana to serve in the U.S. Navy, both overseas and on Ceremonial Guard duty.  He attended the North Bennet St. School in Boston, MA graduating from their Preservation Carpentry program. While in the New England area he worked as a Preservationist with the National Park Service.  He has worked on several National Historical Sites as well as several historic tall ships. After being gone for many years, he is glad to be back home, working on the houses he has enjoyed since he was a kid. 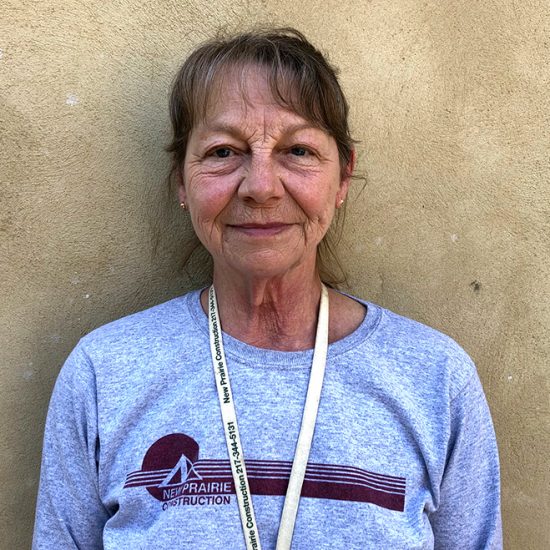 Connie joined the New Prairie team in 2019 as the warehouse administrator.  She assists with the organization and stocking of the warehouse supplies, paperwork and equipment.  Her diverse background includes old home renovations, Living History Museum construction and theatre costume creation.  She has also been a veterinarian assistant and certified massage therapist.  She enjoys a rural lifestyle, living on an 1880 farmstead since 1984.  Past and present activities have revolved around travel, kids, cattle, critters, camping, gardening, reading and creative cooking. 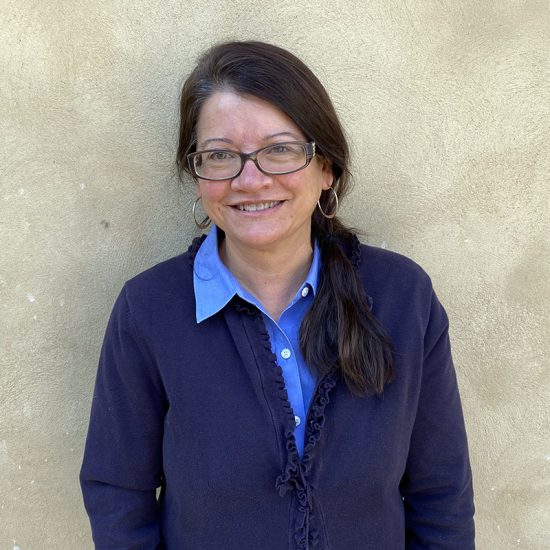 Michelle is a life-long resident of Central Illinois. She and her husband reside in the same small town where they grew up and met.  While working and raising a family, Michelle returned to school and completed a Business Administration Degree from Eastern Illinois University in 2002. She joined the New Prairie staff in 2020.

Michelle and her husband have been avid DIYers. Their last project, a 1969 Fan Trailer restoration, has made camping and fishing their favorite pastime. Michelle also enjoys reading, gardening, birdwatching and hiking. 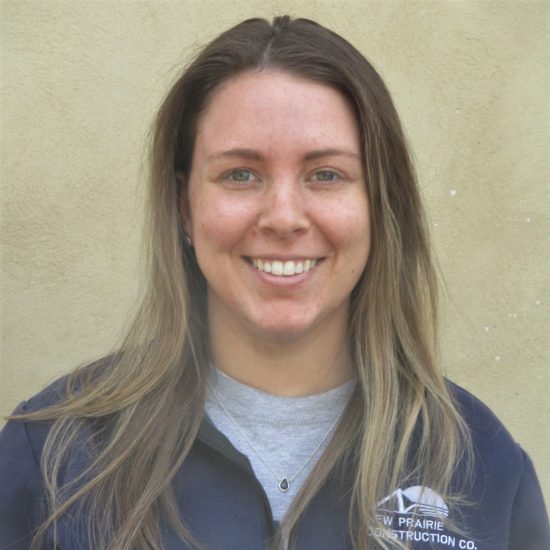 Ruby is a Western Colorado native but has spent the majority of her life in Central Illinois.  Ruby finds personal fulfillment in cooking, multimedia design and growing her plant collection. She and her family enjoy recreational outdoor sports; river kayaking and downhill skiing are among their favorite activities.

Drawn to their values and commitment to sustainable practices, she joined the New Prairie Family in the fall of 2021. As Office Manager she is looking forward to helping the team while gaining an invaluable insight into both the construction and renewable energy fields.
© 2022 New Prairie Construction Co.
All rights reserved.
Website by FullSteam Labs.